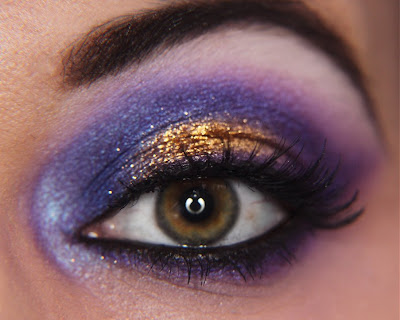 This isn't my own design, I just recreated a makeup I once found from Google. If you know where it's from or who has done it, let me know so I can credit the artist!

Note that this time it's not my eye in the pics :D

Start with priming your eye with your favorite primer, then apply Sugarpill Poison Plum to following shape (I used Sigma E30 to do this): 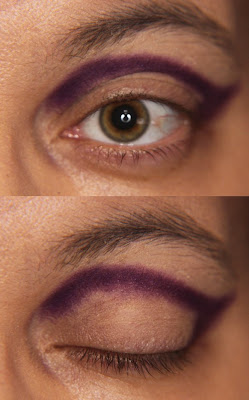 Then add some more Poison Plum, line the lower lashline with it too. Still leave the middle part of the lid untouched (Sigma E55 here): 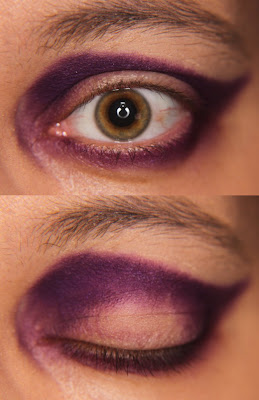 Autobots, transform and roll out!
Then the magical Trucco (or what ever "purple transformer" you're using) shadow over the Poison Plum. Leave some Poison Plum untouched, so that there still is depth (I applied my shadow with the same E55): 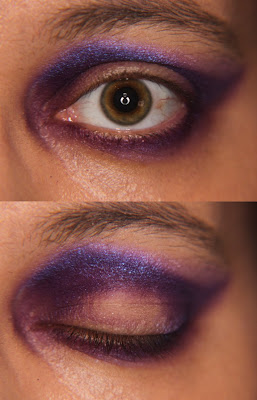 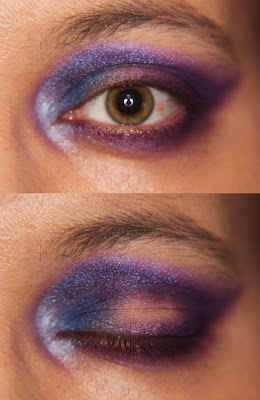 Next Sugarpill Goldilux in the empty part! I also used a tiny amount of  mixing medium (from TheBodyNeeds) to make it look really golden. (here I used flat shadow brush Gosh) 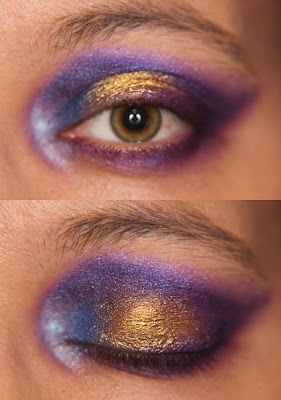 Then some glitter. Unfortunately I don't know any dupes for MAC's reflect glitters, I haven't found any glitter being so... eyeshadow-like. Anyway, I applied it with mixing medium and flat brush over the Goldilux: 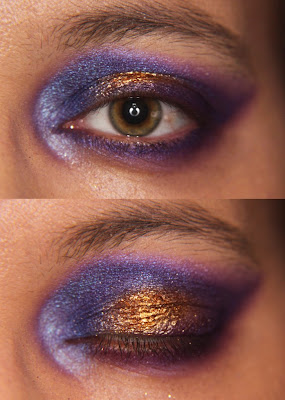 Next I used purple MUFE pencil to line both upper and lower lashline. For upper lashline I also had to use some Poison Plum, 'cos the pencil wasn't showing at all: 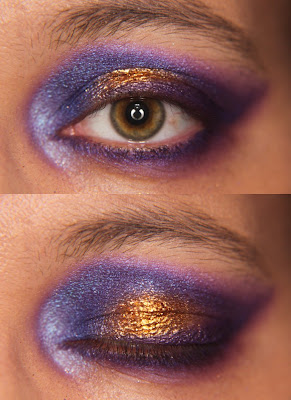 At this point I added Sugarpilll Tako to the highlight, and lined both upper lashline and waterline with black (Joe Blasco black gel liner) 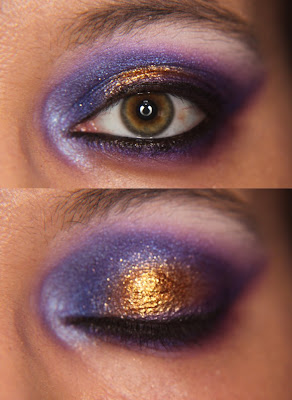 Finally I darkened the brows, added mascara, and finally some falsies: 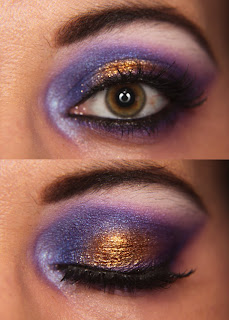 And tadah, look is ready, wasn't hard, was it! 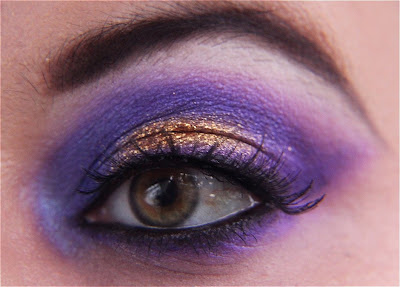 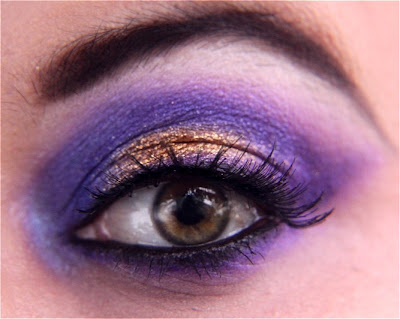 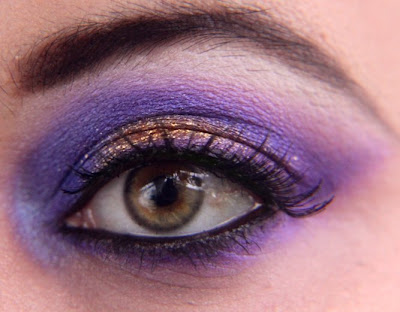