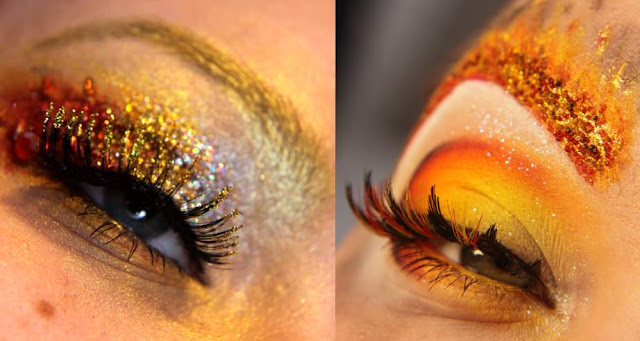 More Hunger Games!
In both first book and the movie there are two "outfit moments" that inspired me (and a lot of others too :D)

First is the scene where Tributes are introduced to the crowd:

That scene was transferred to to the movie quite nicely, as you can see from these gifs:

The other outfit is Katniss's dress she wore when interviewed by Caesar Flickerman.
Here's how it was described in the book:

Then the movie version: There is some jewels on her shoulder, and the skirt is in flames when she moves, but.. Not exactly what I expected. 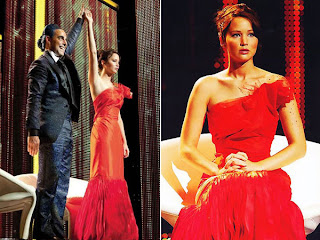 What does all this have to do with makeup then?

I did two looks inspired by these outfits, one on FIRE, and other one with jewels :D
These looks are not really based on either of the outfits, but more of a mix and match and inspired.

Here's the first one: 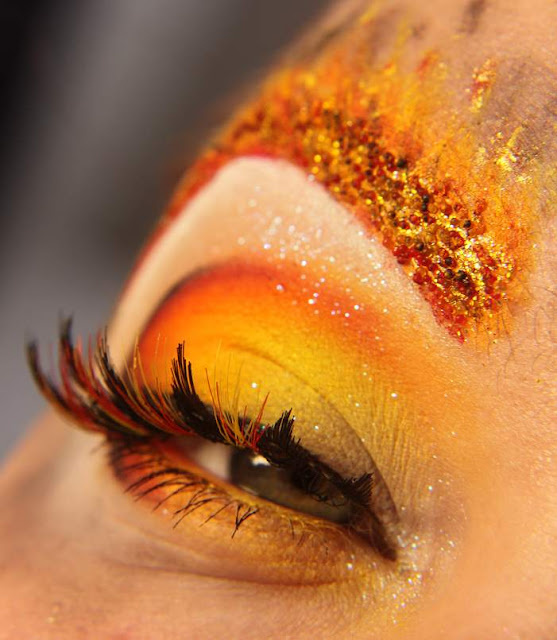 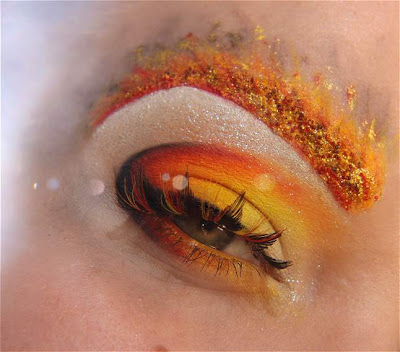 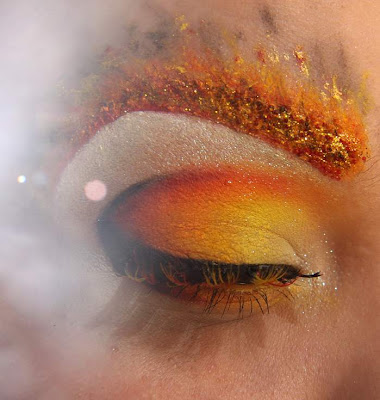 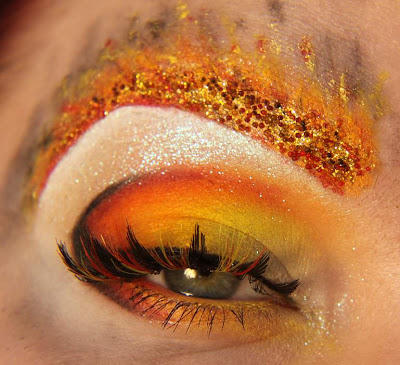 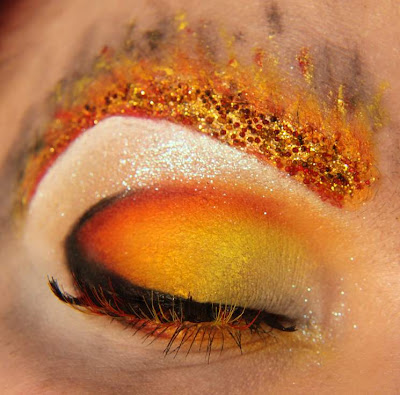 I originally intended this to be only in one eye and nothing else, but I added some color to cheeks and lips so you could see how it looks. I don't know what's the point to see it "in big picture" 'cos I didn't exactly intend this to be used :P 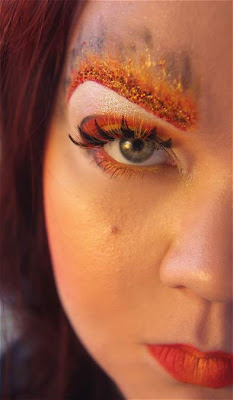 Then the rhinestone look: 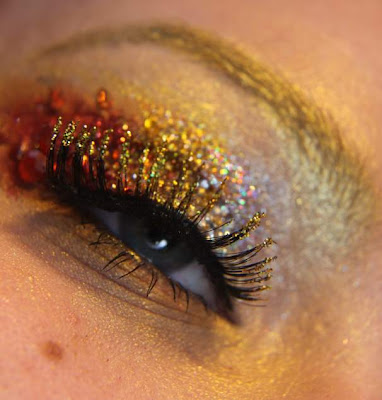 I really wasn't happy for this look, I started doing it way too late, I had no natural light to take photos, and the result wasn't quite what I hoped for.
But it was too much work just to ignore it :P 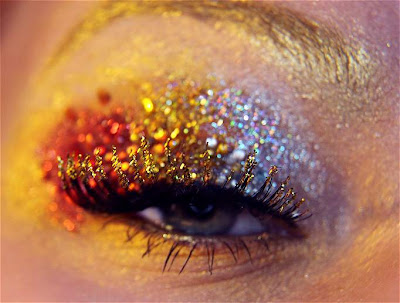 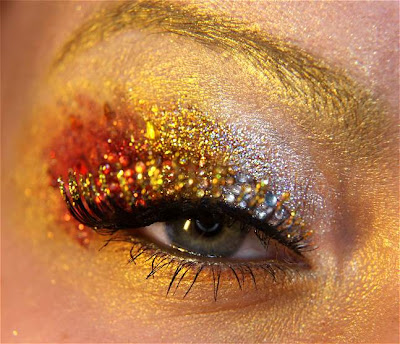 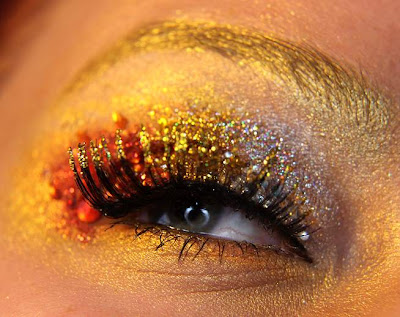 I still have few generic Capitol looks, and I also started to do The Avengers looks!