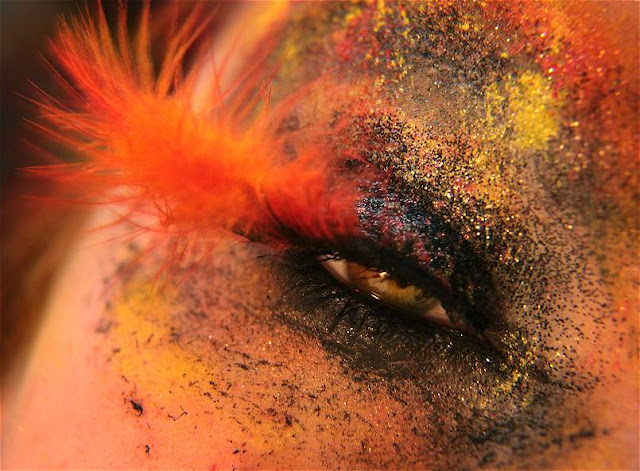 I finally "found" the Hunger Games, I read the first two books and today I went to see the movie, and I've been totally obsessed with the world of inspiration it gives me!
I would move to Capitol to become an makeup artist in an instant, if it would be possible! :D
For now I have done two Effie looks, two general Capitol looks, one Capitol test look and yesterday night I did this Katniss inspired look.
It's kinda inspired by the whole "Girl on fire" - theme, but I also was inspired by the outfit in the second book:

I wanted to represent coal, fire and that rebellious atmosphere in the makeup.

There's no tutorial, no full face look (like said, it did this late at night, so I only did one eye, and this is meant to be more expressional photos than wearable makeup), not even a product list, because I used a ton of different products to do this. :P 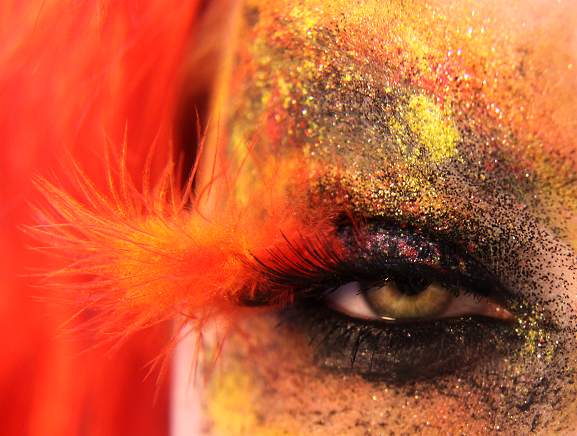 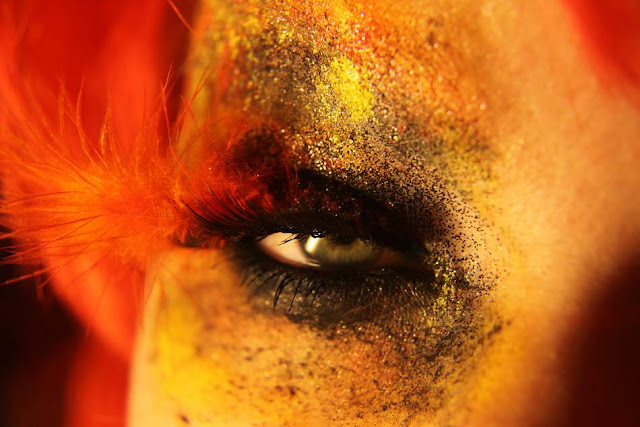 And one with dull light and without photoshopping: 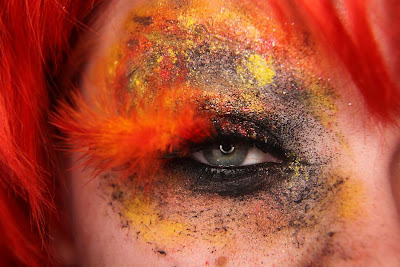 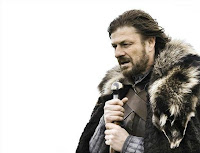 Are there any specific Hunger Games looks you'd like to see? Either from the movie or from the first two books?