Cake is a prize

I'm sorry I haven't really updated my blog recently, I've had so much stuff happening, like my birthday:
I'll also been a bit ill, and I've slept a lot.

I also took part to a Make Up For Ever's contest, where the goal was to do a makeup inspired bt Within Temptation's new The Unforgiven album. (I mentioned it in this post, where you can find the look that I did) To my HUGE surprise I was chosen as one of the three finalists!
All of us finalist had to re-do the makeup in front of the judges (to make sure we hadn't used photoshop/we really had done the looks ourselves), and then the pictures of our looks were sent to Within Temptation's lead singer Sharon den Adel, who will choose the winner in the next couple of days.
I did good job with my look, I got quite a lot of compliments (and some critique, but nothing really bad), and I also took some photos of the event BUT I forgot my camera to the contest place at MUFE. Hooray for me!
So you'll have to wait for my pics a bit longer (I hope I'll be able to tell who won, and what place did I get), but here's a pic of the three best looks:

On the left there's Jonna's bullethole look, in the middle my look, and on the right amazing shatered mirror look (I unfortunately didn't catch the name of the makeup artist).
One of us will win a trip to Paris, and others get MUFE stuff and Within Temptation stuff!
But the biggest prize for me was to get to the finals. There was over 70 participants, and my works was one of the best three. I was also told, that my look was the favourite of the radiostation's workers, who were one part of the judges.
So yay for me! :D

But like I said, I'll get back to this subject when I'll get my own camera and know the winner etc :)

Then some random makeup looks: 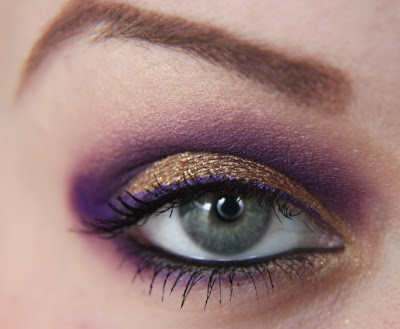 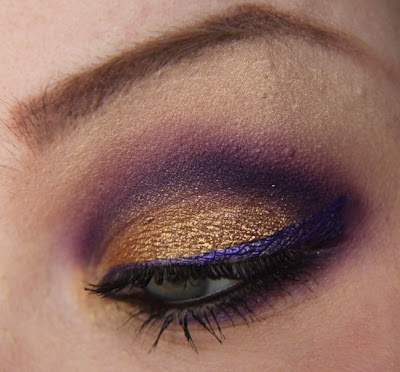 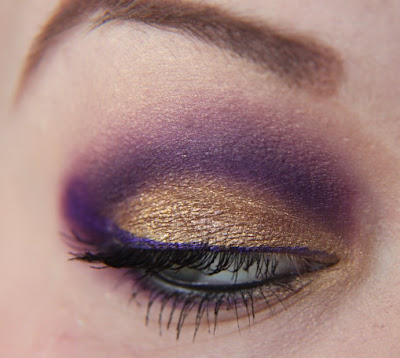 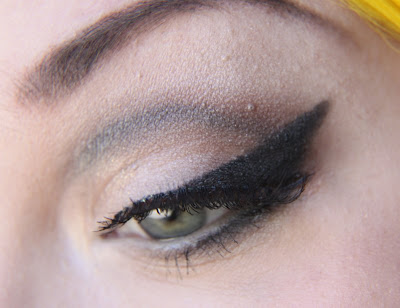 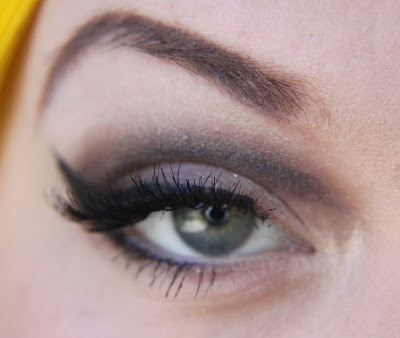 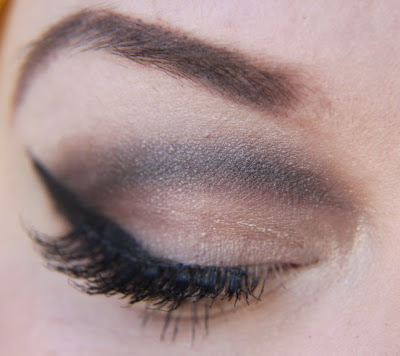 And today's look mainly to show my new head jewellery (is that even a word?) headdress I bought as a birthday present for myself: 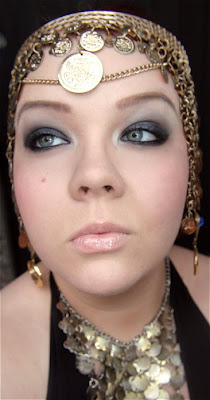 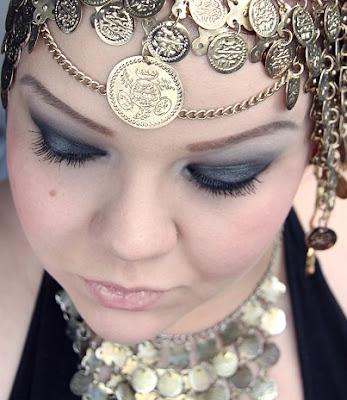 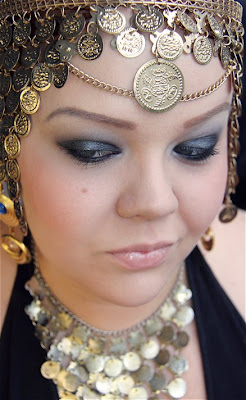 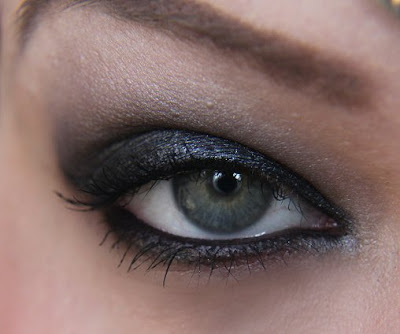