It was too hot yesterday to do makeup, so I skipped makeup and blogging :P

But today I got goodies from Fyrinnae, swatched my new Illamasqua lipgloss and did a look with my new Fyrinnae shadows: 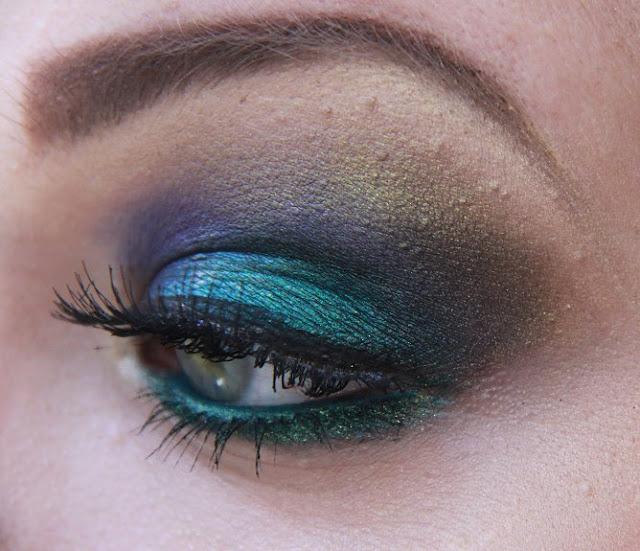 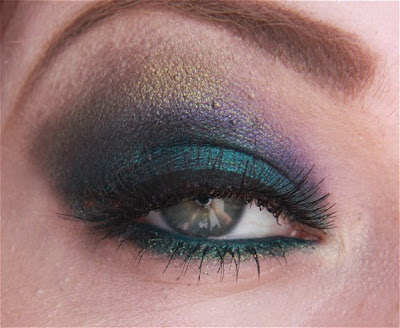 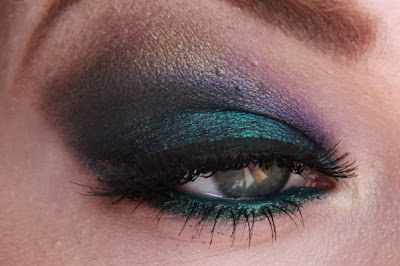 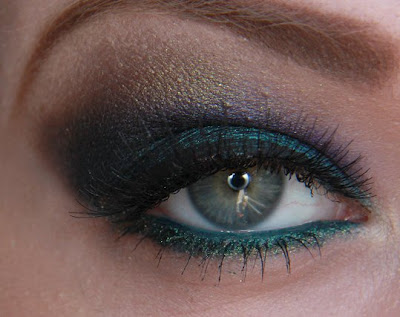 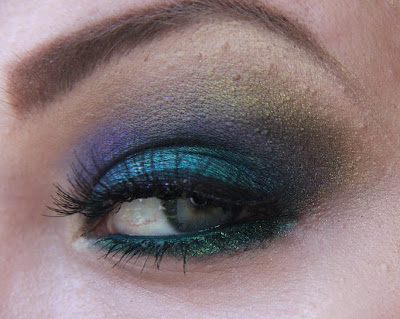 So, after my last Illamasqua shopping I was left a bit disappointed.
I then decided to give their lip products a try, and ordered their Intence Lipgloss in color Petulant: 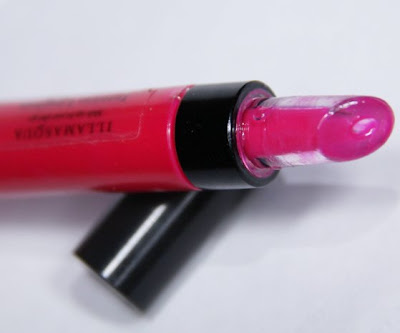 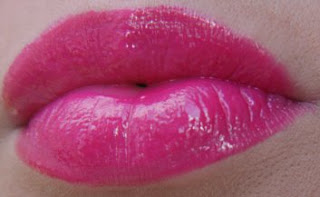 I usually don't like bright pink lippies, but there just something in this one. I love it!
And I think I've never had a lipgloss that would be this long lasting on lips!

So Illamasqua's eyestuff maybe aren't worth of the money, but their lip stuff might be!


I also got my order from Fyrinnae: 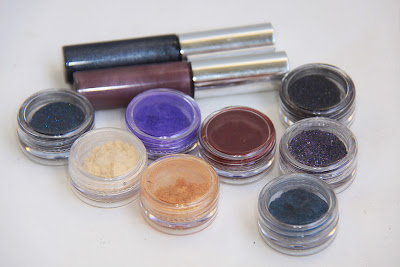 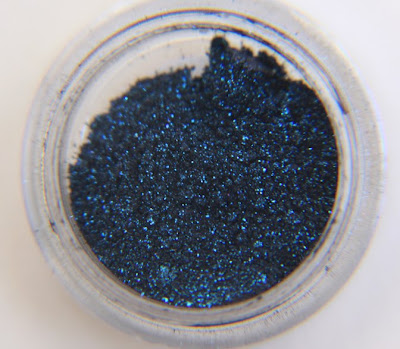 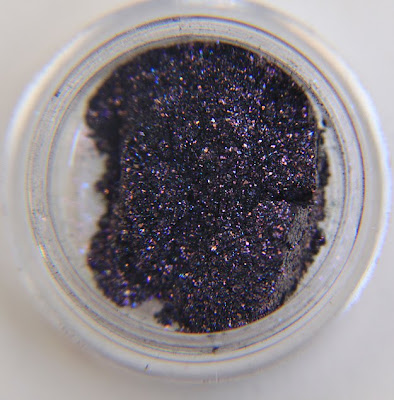 This one is pretty similar with Immortality, bt this is more purple than Immortality.
Still sweet color.
Hypercool: 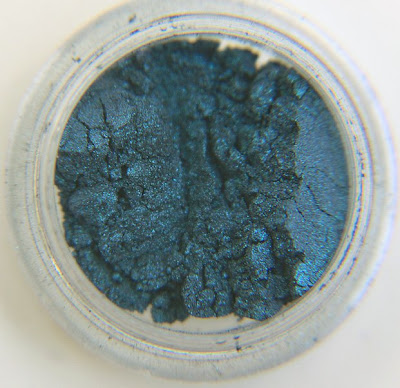 I didn't quite get she shade right in the original pic, so here's some bad photoshopping to try to make it look the way it really is. This is my favourite from Fyrinnae, I love this. It's both green and teal, and it reminds me of peacocks <3
Immortality: 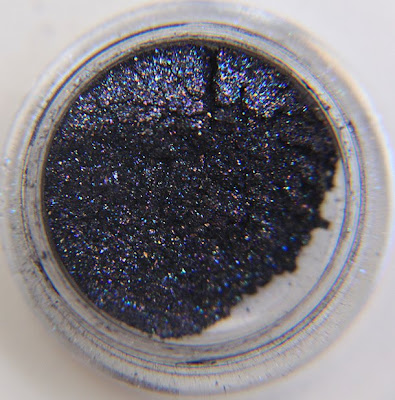 Is that gasoline? Is it oil?
You know that beautiful rainbow effect that oil makes, right? This is it, but in loose eyeshadow form :D
Parental Advisory: 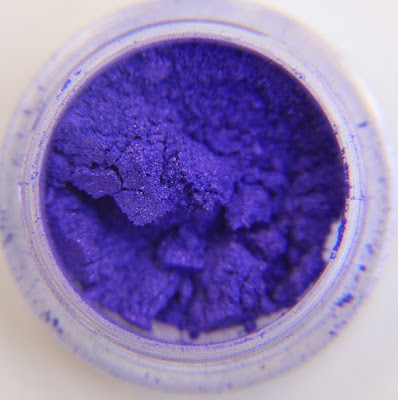 OMGOMGOMGOMG. Do I need to say more? This is like... whoa.
Un-fraking-believable shade. Totally awesome.
Pyromantic Erotica: 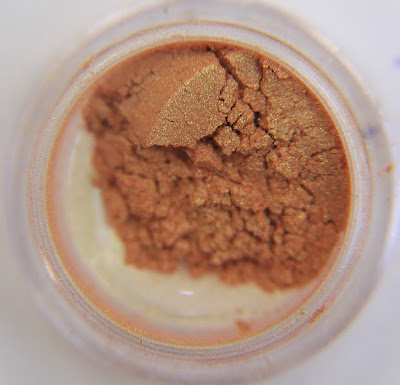 Like said before, I have a thing for oranges. This is awesome gold-toned light-ish orange with something like lime duochrome. Sweeeeeet. 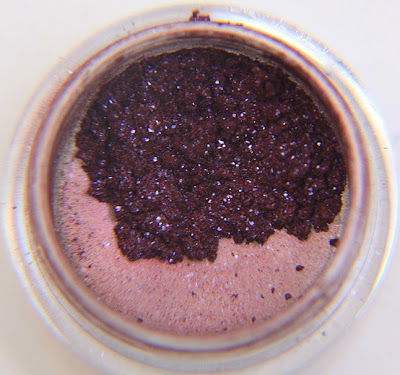 In the Spotlight highlighter: 
And of course swatches: 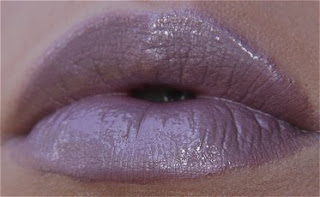 From the product pic (see from here) I thought this would be more warmer and nude.
It turned out to be grayish, dirty-ish mauve.
But it's OK, I still like it :D
..and 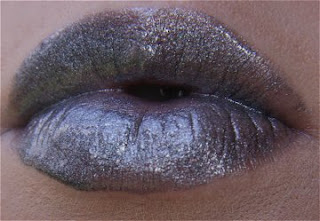 I'll quote my friend here: "It looks like liquid lead!"
I have to agree :D This is really hard to apply evenly unfortunately :(

I have now OVER 1000 fans in my Facebook page, AWESOME!
Thank you all so much! 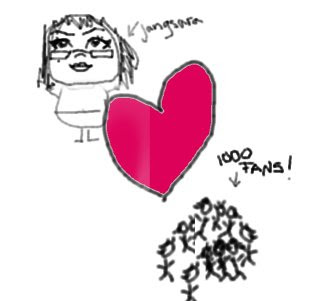