Barbie Volturi and other oddities

I've been way too lazy lately. I haven't even taken pics of my LOTD's :D I also did a makeup for a friend of mine, but didn't take pics :S

But anyway, I'm gonna give you looks for fun. :D I'll start with a look I did for my new sweet lobster jewellery/container/thingy: 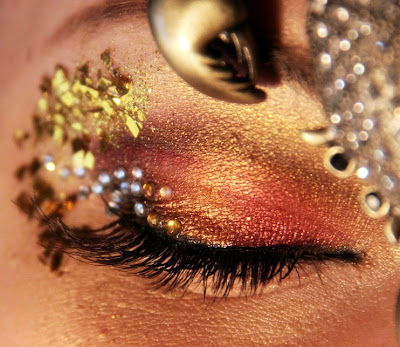 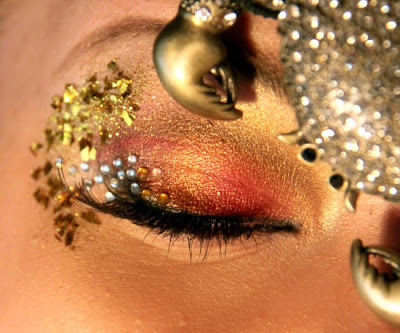 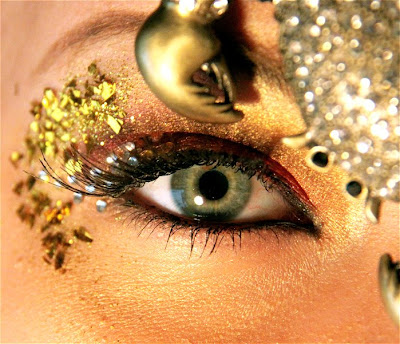 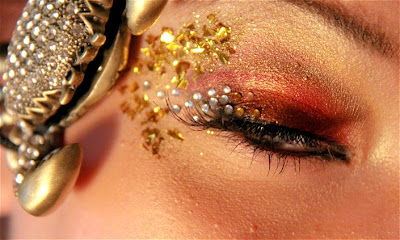 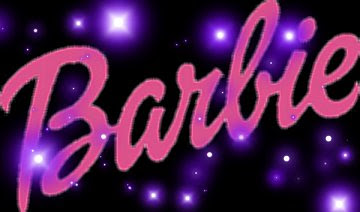 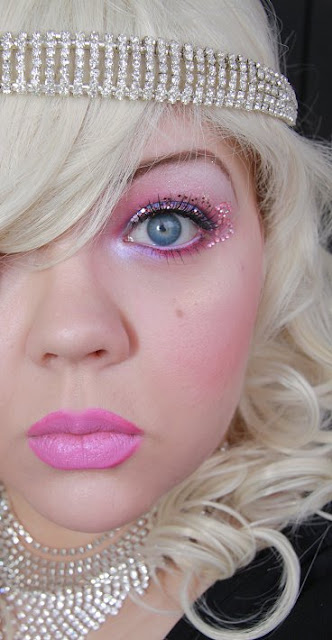 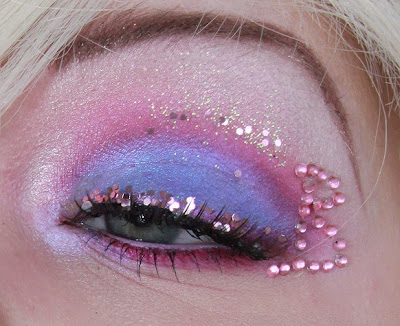 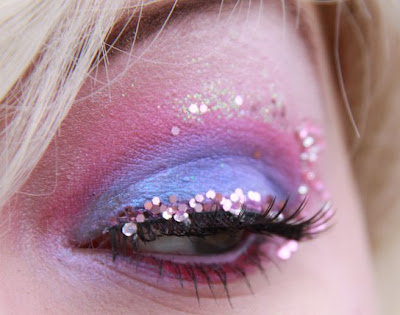 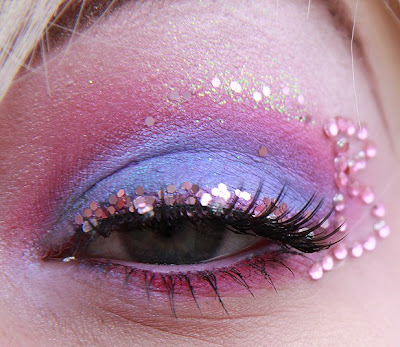 Ohwell, it's quite horrible <3

Then Felicia asked me to do a recreation of Twilight Saga: New Moon's Jane Volturi's makeup.
First of all, I have to say I'm really not a fan of Dakota's makeup in the movie, Jane is supposed to be childlike character, not gothlike :S

But I decided to do my take on the look.
So here's Dakota Fanning as Jane Volturi: 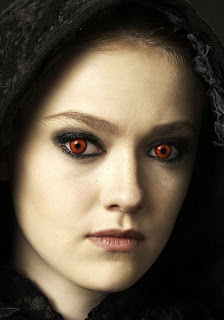 I HAVE to point out how badly the makeup is actually done! O_O 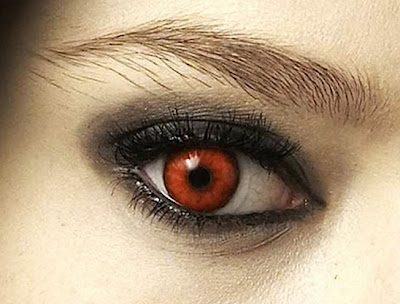 Seriously, for starters, didn't they have tweezers? And ever heard of blending? And what is going on under her eyes, is that foundation? Seriously.

But anyway, here's my take. I decided to use gray and black, and my red contacts. I also left my eyebrows quite light: 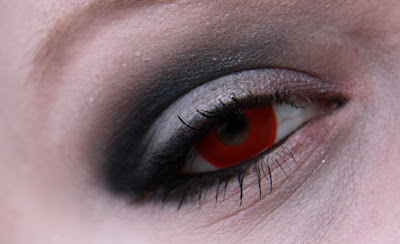 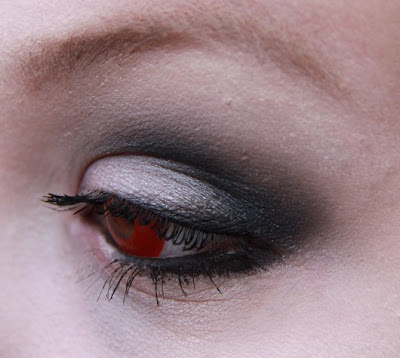 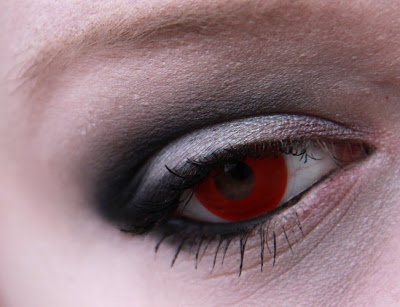 And one pic with blond wig: 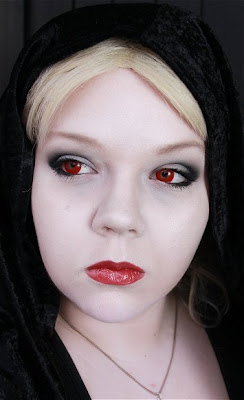 And one with my own hair: 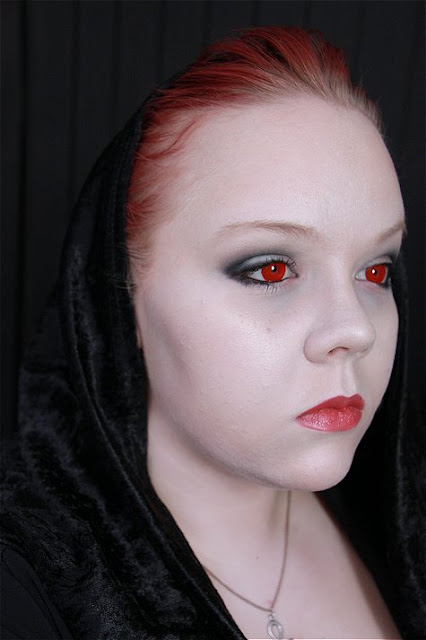 Then the same pic tuned to match the whole New Moon theme: 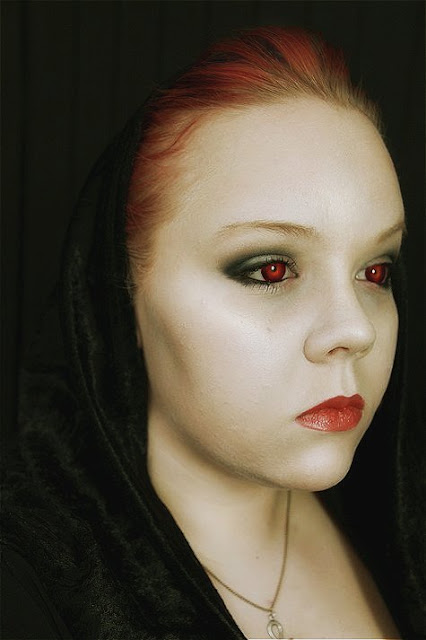 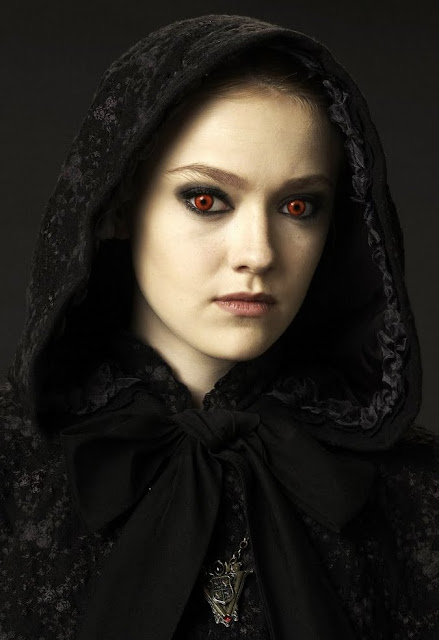 I also have to show you my new jewellery (necklace was in the barbie pics already though): 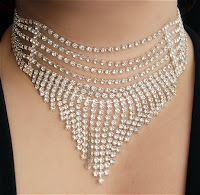 But that's all this time. Postman didn't bring me anything this week, so I hope next week will bring me something fun!

PS. Would you be interested of a giveaway? I have MSCHIC's AWESOME Face canvas, Mineral Miracle powder, X rated mascara and Astral Shine eye stain without loving home, anybody interested? I might add something else in the package too!