Hola!
In was actually so inspired by this whole MLP theme that I did three MLP looks today!
Here we go:
Applejack: 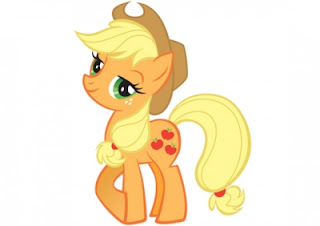 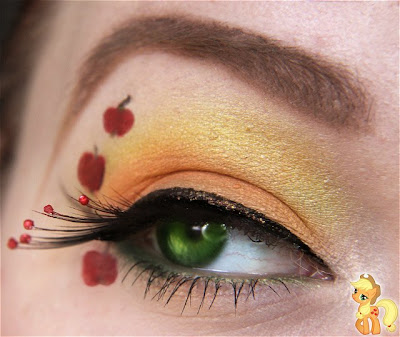 Applejack is da dude :D Even though Applepie is awesome, this is probably the "worst" makeup of the bunch. I don't know what could have I done differently, but oh well, atleast it's done :D
I used 120 color palette, MUFE red Flash color for apples, Elise lashes (I dyed the white balls on lashes red), and a hint of green liner on lower lashline.
Fluttershy: 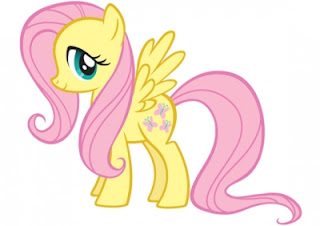 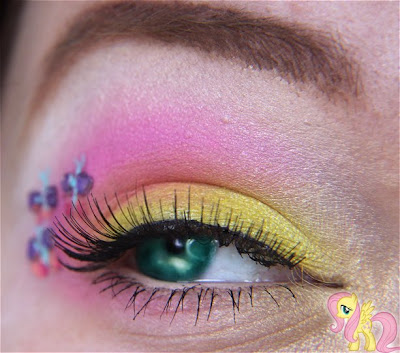 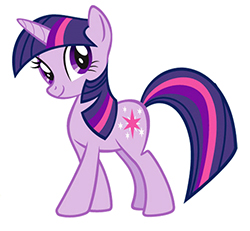 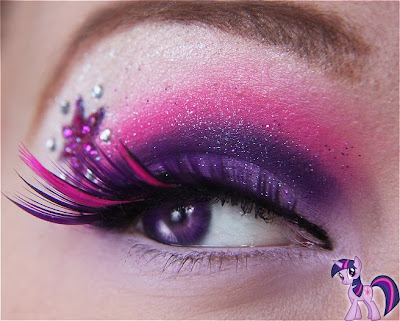 This was the most fun to do! I had pretty clear idea what I was doing, and it came out pretty cool!
I used Illamasqua Cream Pigment Dab, 120 color palette, Sugarpill Poison Plum, MUFE starpowder #951, Illamasqua Pure Pigment Breathe, purple and clear rhinestones for cutie mark's star, and Urban Decay HBIC lashes tuned with pink feathers. Some MAC Fuchsia glitter and Reflects Transparent Teal is also used. 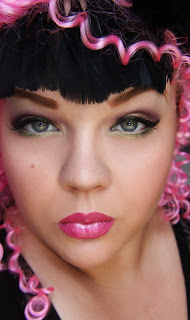