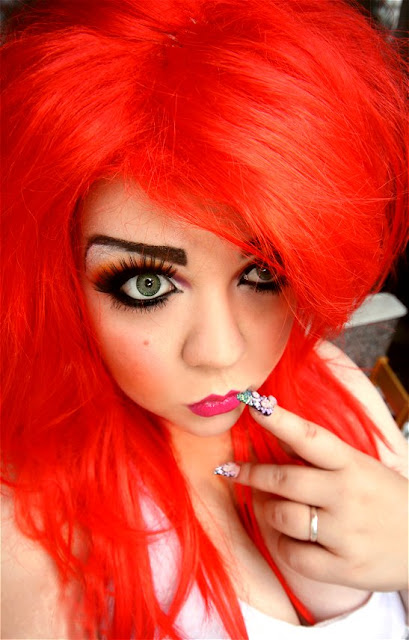 Mainly I wanted to test out if I could do the "scene style" (correct me if I'm wrong here :D) hairdo with my red wig.
And since I thought I did quite nicely with the wig, I had to do the makeup too ;P

And I know, I over did the eyebrows. They were supposed to be heavy, but maybe not THAT heavy.
But hey, I say it's lack of applying makeup, after summer I've got sloppy! :D 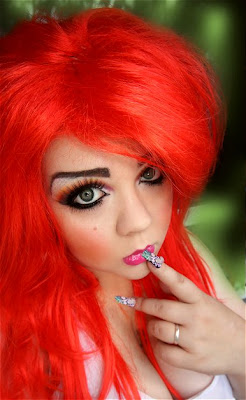 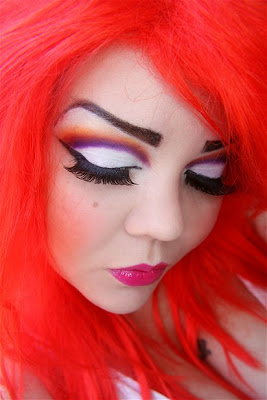 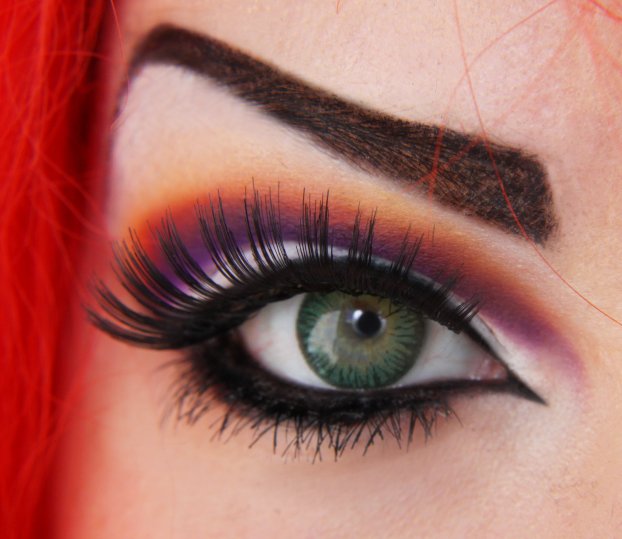 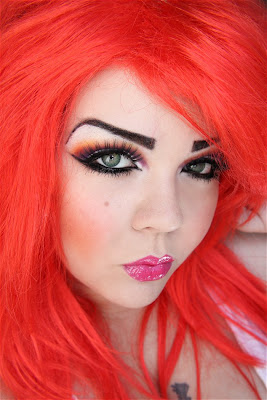 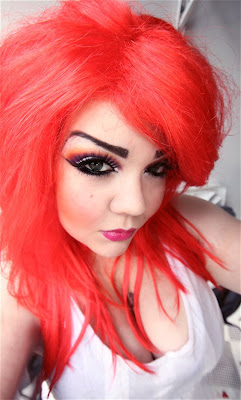 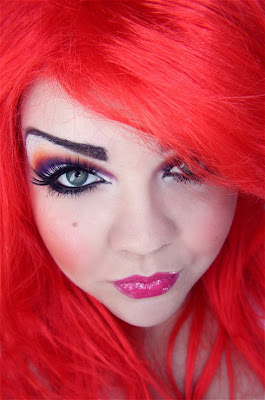