I've made a bunch of new looks, including one Avatar inspired and one sorta Aurora Borealis inspired (not as good as the first one, though :D).

I'm not quite sure I'm gonna post all that in this post though. Maybe I'll qive you a sneak peek of the looks ;D

But what I'm gonna show, is my recreation of MAC's Danger Zone facechart.
Makeup Geek has again weekly challenge, and this time you have to recreate your favourite tutorial from Marlena.

I have to admit, that I have only watched like... one or two tutorials, and they were contouring tutorials, so I had to take a look at the tutorials a bit closer.
That's when I found this picture: 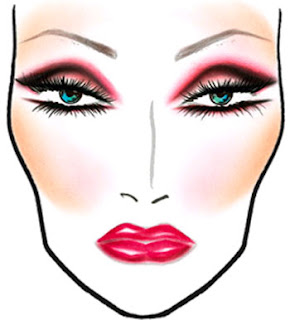 Marlena has also recreated this one (she has a tutorial of it in here ) but I didn't actually even watch the tutorial, just the facechart :3
And because I don't have the Danger Zone trio, I had to improvise with the makeup.

I used my Ben Nye's and my Kat von D's Lucifer, and here's the result (this was also my LOTD yesterday) : 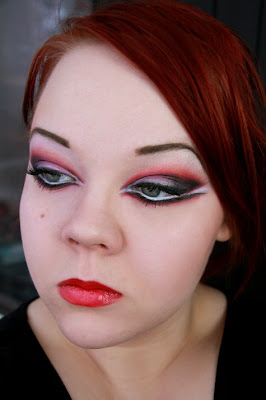 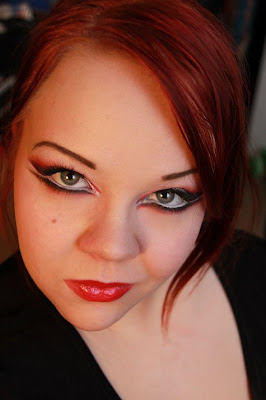 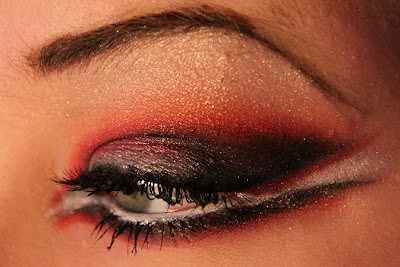 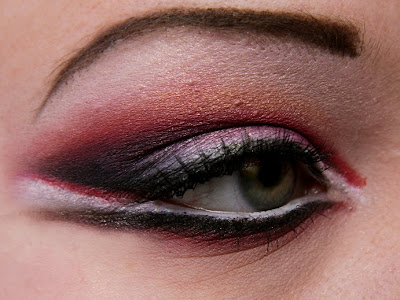 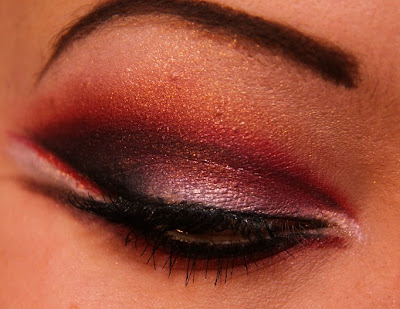 And one more full face: 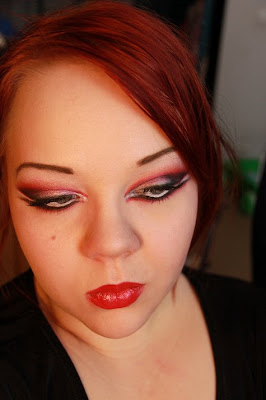 I'll probably post more pics of these tomorrow, but here's a sneak peek of the Aurora Borealis look: 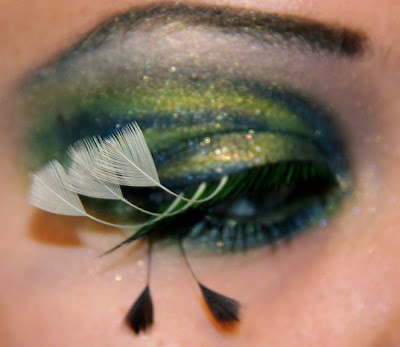 (Sometimes I really hate my camera, I took like 200 pics, and four of them are even decent. )

And the the Avatar inspired look, which is made with BftE eyeshadows: 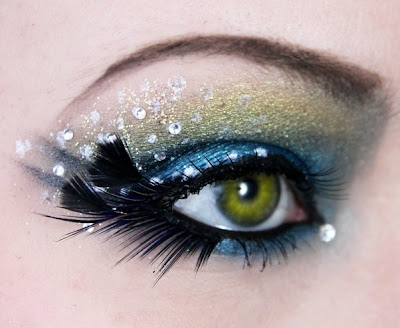 I admit using some photoshopping with this one. I made my skin a bit whiter and changed my eyecolor, otherwise it's pretty untouched (and of course I cropped it and sharpened it, but I don't really count that as photoshopping :3)

But more of those probably tomorrow!