I wish I had an Angel. And Young Punk.

As I maybe have complaned before, we have only teo place in Finland that sell MAC. One is in Helsinki, which is quite near, and the other one is in Turku, which is not so near.

Anyway, I've been waiting the Style Black collection to hit Finland, and the release date was today.

They had gotten the Style Black on sale at 9.00am, and my husband was at their counter at 9.30am.

AND GUESS WHAT? Not a single Young Punk mineralize eyeshadow left in whole Finland. WTF? They had couple Blue Flames in Turku, so they ordered one of them to me, and I'll be getting it probably at next week. But Young Punk is sold out, and they won't be getting more.
I'm like SO pissed right now.

Now I'm searching Young Punk online, but there isn't any store that I find that'll shop to Finland. I also put an ISO -topic on MakeupGeek, I'm hoping that someone could sell it to me.

I just found out that Gosh will be releasing another collection! 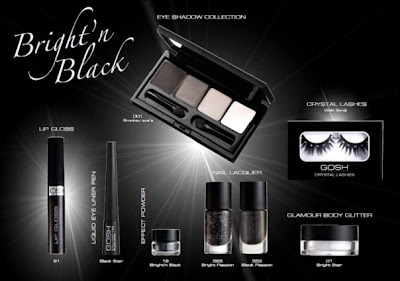 Wohoo, some thing bright in this day :P

Then my LOTD, which is really glittery: 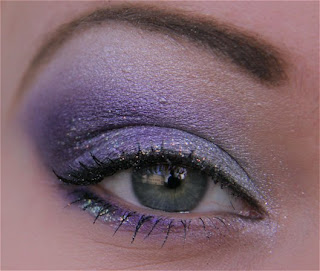 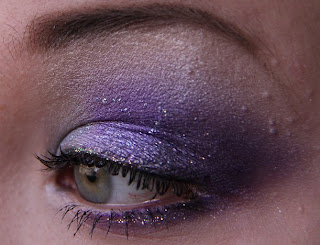 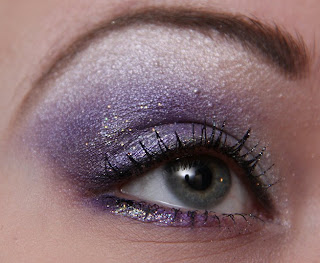 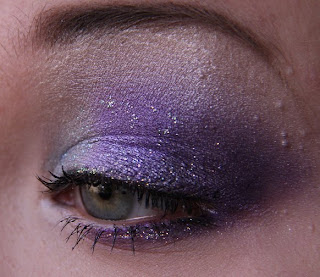 But yeah, that's it, I'll be back with sopefully some swatches of my Gosh effect powders and stuff.