I didn't photograph my LOTD today.
I was on the phone when I did my makeup, and I was still on the phone when I left the house (in a hurry) so I didn't take any pictures. Besides, it was quite horribe. I was in major hurry, so I put MAC Off The Radar on the lid and black Grimas eyeshadow to the crease. Eyeliner and mascara, and I was done. So you won't be missing anything special :D

But I did couple of "just for fun" -looks.

First one is (again) quite... interesting. It failed :D

I was gonna make something PINK ispired by the breast cancer ribbon, since cancer has touched my life twice. I haven't had any cancers myself, but both my parents died because of cancer. Neither of them had breast cancer though :P

But anyway, here's the pink "ribbon" makeup, that looks more of a tropical fish maybe? 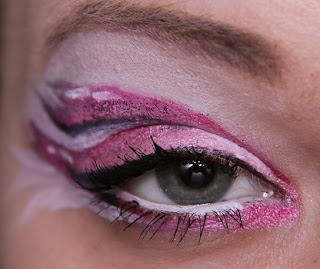 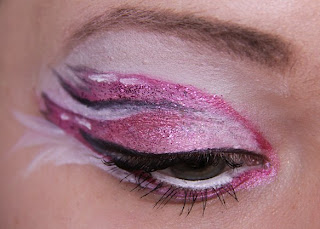 And  then I made a test run with one of my new Stargazer glitters: 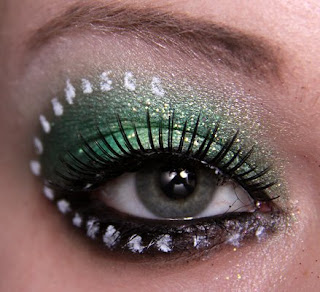 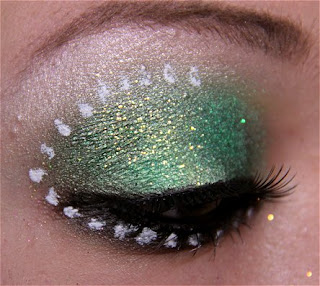 And finally a makeup inspired by finnish band called Poets of the Fall, and their song Carnival of Rust: 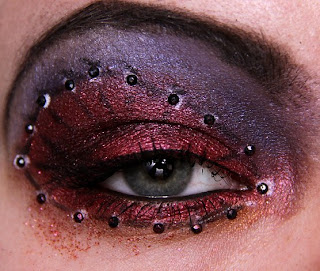 There's supposed to be "rusty" ferris wheel and night sky.

Yeah, that's all this time.