I really haven't written anything in a while.

I just hope this time goes better than the last time :P


Today I was in Helsinki, and I bought some makeup.

Some reviews of the makeup: 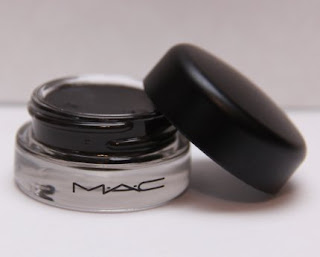 I think I'm in love ;D
I love how my eyeshadows almost change color, when this is used as a primer. It's black, but it also has kind of a goldish glow in it. 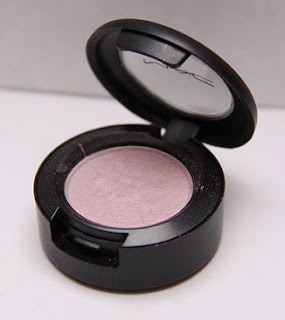 I love this too. I was gonna buy an eyeshadow called "Chill", but it was out of stock. I was thinking of buying some purple color, but then I was recommended this one and I was sold ;D It's very pearlish, shimmery pink/white. Well, like a pearl :D It can be used for highlighting or for the base color of the makeup. I'm happy I bought this too. (Though I secretly wish I'd had bought Parfait Amour eyeshadow too :3 ) 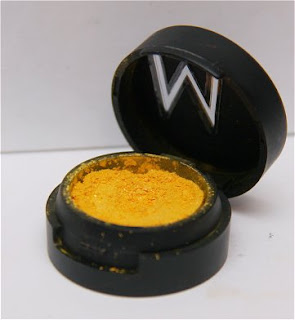 This was actually a huge disappointment. At least I haven't really figured out how to use this. It feels chalky and it dusts EVERYWHERE. It has a sort of "safety lid", but it's still everywhere when you open it :(
Color is quite nice, the swatch I did in the store was kinda shimmery yellow with a orange shade on it. But on the lid it looks just plain yellow. A bit dirty yellow, actually :(
I let you know if my opinion changes, though. 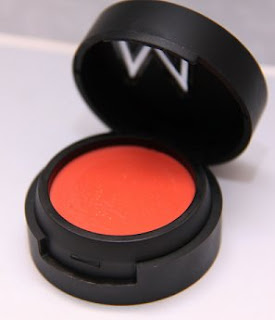 I'm really not much of a lipgloss or even lipstick person anymore. At some point lipstick was almost the most important part of my makeup, but now I hardly ever paint my lips. When I do, I use some light, brownish, nude color. So this product is something I never would have bought,
but I actually like this :D This is very neutral, bit orange color, but I think my lips' natural color goes quite well with this.

And last but not least, the lashes I bought:

Makeup Store had these too, but they were twice as expensive as these brandless, so I bought brandless and saved money :3


I made two VERY quick looks with my today's shoppings. Here's the first: 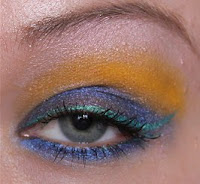 
I also made a simpler one: 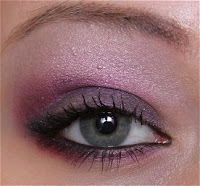