I got my Lime Crime China Doll palette yesterday, and I thought I'd share a look done with it before I do the review. At some point I saw Bows and curtseys epic rainbow liner look, and I thought to do my own, using only Lime Crime palette.
Because I'm a small rebel, I paired the shadows with Sugarpill Whisper rainbow lashes. 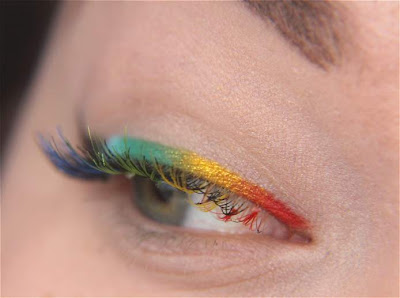 Even though it's really simple I'll still share a picture tutorial: 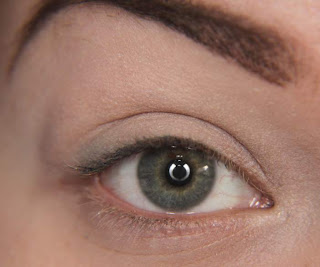 I used the same brush all the time, it's old MSCHIC's brush, but it's look to be really similar with MAC 231 brush, so if you have it, or dupe of it, use it :D Or what ever you find best for small details.
Annyways, I took the red (Fly Dragon Fly) from the palette, and applied it to my inner upper lashline: 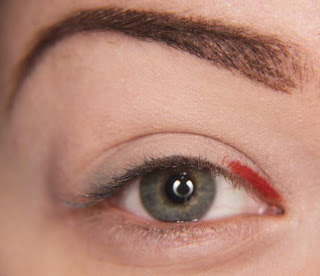 Then I took the yellow (Goldfish) and applied it a hint over the red (to make the transition look nice), and then on it's own about to the middle of the lid: 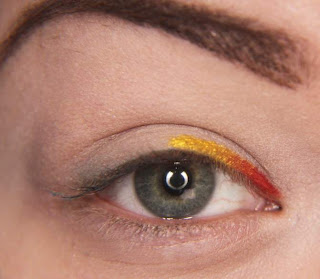 Then the teal one (Jade-o-Lade), again smudged it a bit with yellow one: 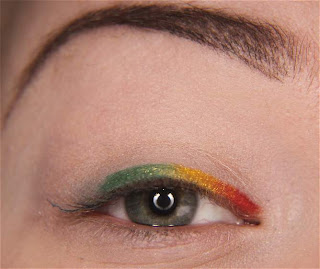 Then the light blue (Parasol), still the same procedure, mix it with the previous color...: 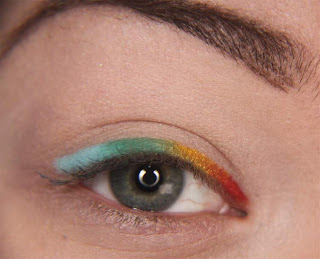 And finally I used the black (Lotus Noir) to create a wing to the outer corner: 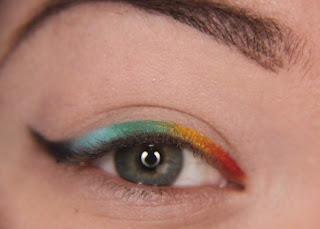 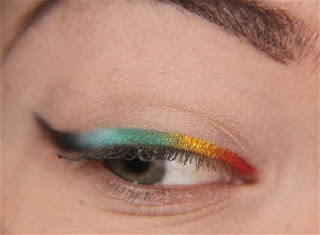 Then I applied mascara: 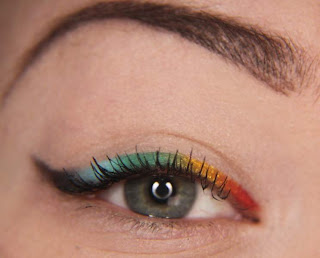 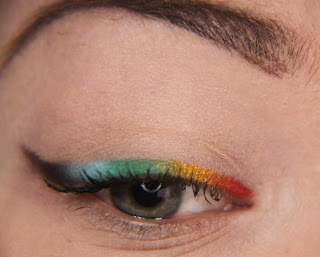 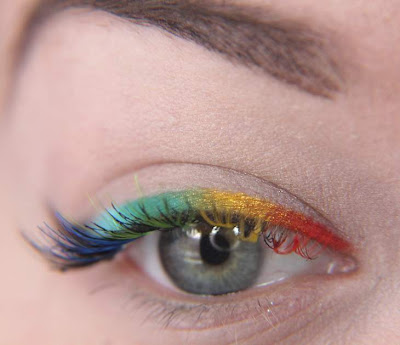 Later at night I did it a bit over the top with Sugarpill shadows, I used all the pressed colors on upper lid and most of the chromalusts on lower lashline :D
I know it's a bit too much, but I still wanted to share it :) 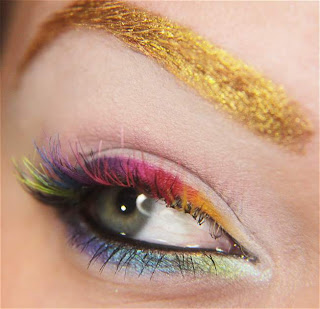 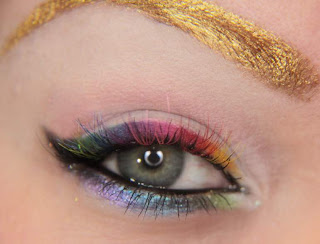