So, the winner of the MUFE challenge was finally announced, so I'll be able to post this :P 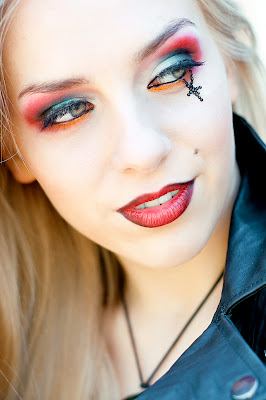 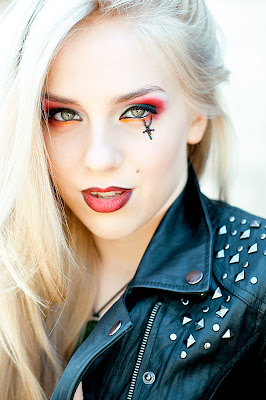 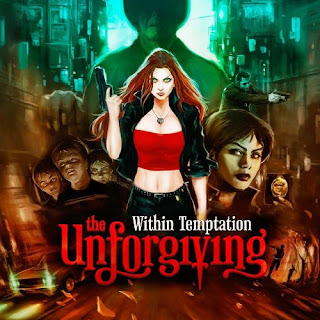 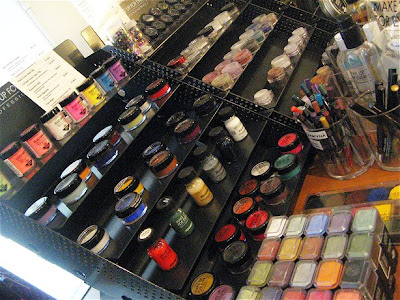 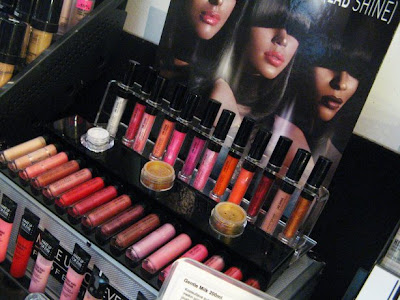 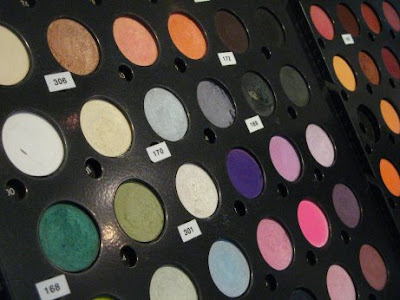 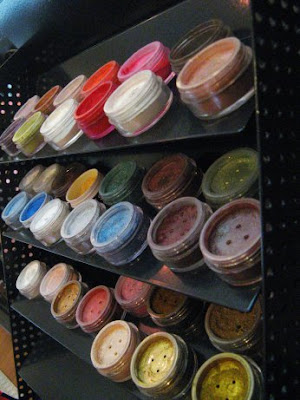 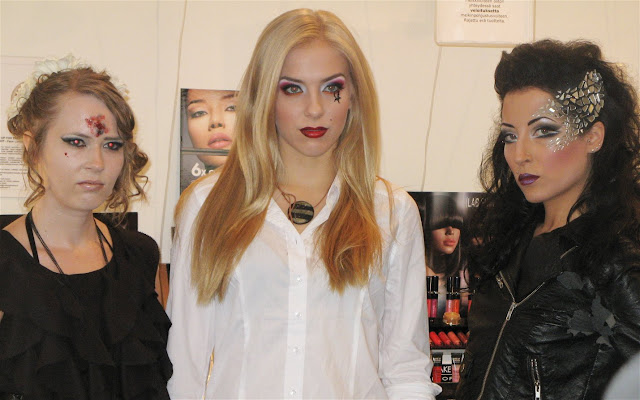 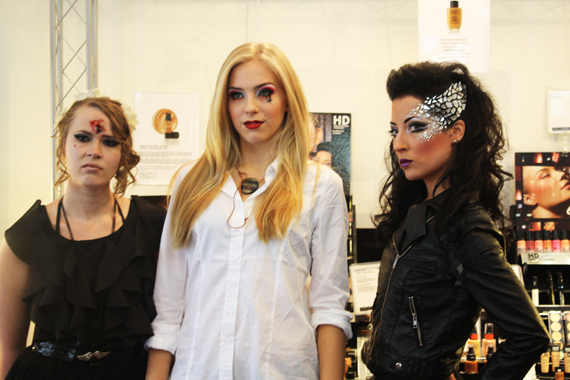 So the point of the contest was (like I've said many times) to create a makeup inspired by Within Temptation's new album, Unforgiving.
Three finalist were chosen to make the look in front of the judges, so that the judges see that the makeup is really done by finalist, and that the finalist can re-create the look.

Both pictures (the original work and the re-creation pic) were sent to Sharon den Adel from Within Temptation, who would pick the final winner. 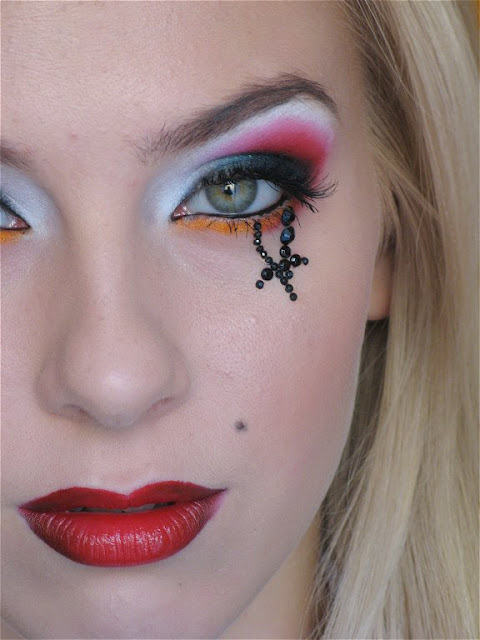 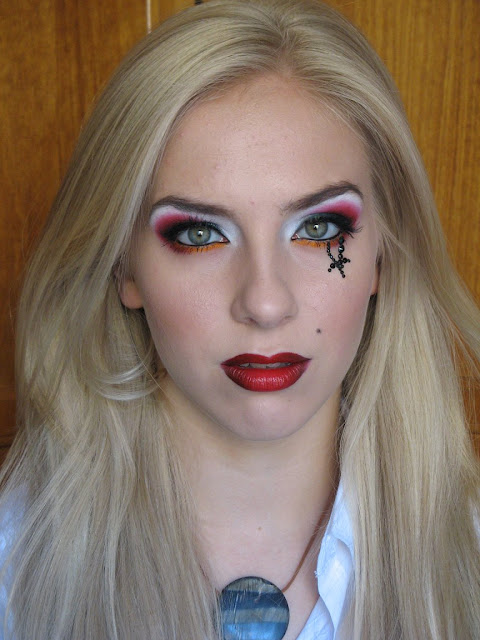 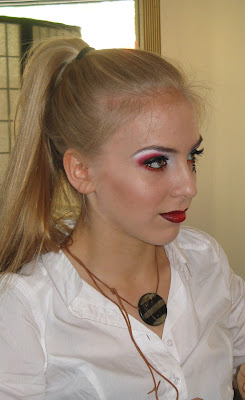 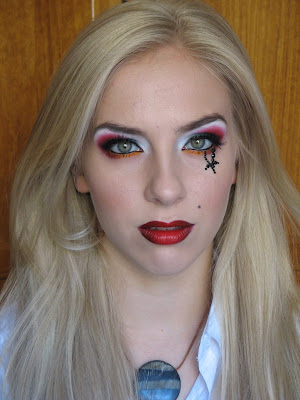 Unfortunately I don't have the original pic of the amazing shattered mirror look, nor even the name of the makeup artist, made by supertalented Miia Ollula, but here's the look: 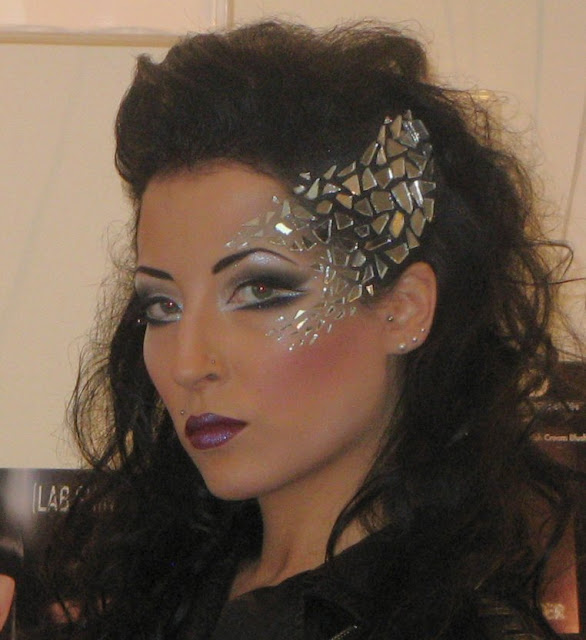 And finally (almost a month after promised...) the winner was announced: 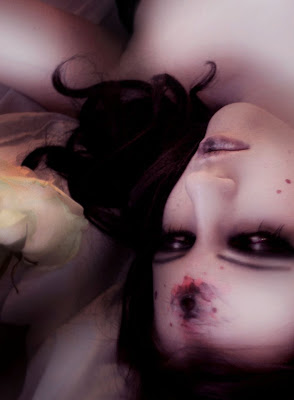 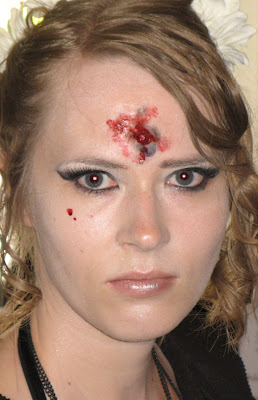 The picture sent to contest     -     Look  done in front of judges
Done by Jonna@desplumesnoires
Congrats  Jonna!

Within Temptation's Sharon den Adel picked Jonna Joutsen's look with bullethole as the winner. Sharon said the look was "professionally done, dramatic and it fits the theme of the album well."

I still don't know if got second or third or disqualified, and I really don't even care, I'm just so glad that the whole show with MUFE is over. I'm not saying more, but really. :P
EDIT: Oh, and in case your wondering what the prizes were:
1. place : trip to Paris (including flights + 2 nights accommodation) & Within Temptation's's new album
2. place: Within Temptation's entire catalog, the new album, Make Up For Ever's makeup and makeup training at Make Up For Ever
3. place: 12 albums, as well as Make Up For Ever's makeup


EDIT: Comments for this post are now disabled, because all the bad comments.
Since I have no comment moderation on, and I do appreciate my readers thoughts, I don't like to delete any comments. But since winner's friends (readers) seem to think I'm a bad loser for allowing all the bad critique towards the winner, I think  it's the easiest way to disable commenting for this post.

For the record, I'm not complaining about the winner. We all did our best, and Sharon chose Jonna's work the best, so what. I really hope she has fun trip to Paris, I have no hard feelings.
Maybe I should have, because all Finn's are supposed to be always jealous to each other?